On September 29, 2019, almost two dozen law enforcement agencies announced a nationwide coordinated effort to crack down on illegal debt collection tactics called Operation Corrupt Collector.  For the last two years, federal agencies like the Federal Trade Commission, the Consumer Financial Protection Bureau, the Department of Justice, and over a dozen state attorneys general have filed numerous civil actions and even a couple of criminal complaints against various debt collectors in America and nearby nations.

All in all, these law enforcement agencies announced 57 separate actions that allege illegal collection tactics.  Admittedly, debt collection is a highly regulated industry and there are several ways to fall out of compliance with the Fair Debt Collection Practices Act, the Dodd-Frank Act, and equivalent state-level prohibitions against unfair and deceptive acts and practices.  While most reputable debt collectors are well trained and able to do their jobs without causing consumer harm, some groups intentionally flout the law and even sometimes try to collect debts the consumers are not obligated to pay.

Operation Corrupt Collector appears focused on this latter group.  For example, in FTC v. National Landmark Logistics, LLC et al., FTC v. Absolute Financial Services, LLC, et al. and FTV v. Global Asset Financial Services Group, LLC, et al., the FTC alleged that the defendant violated the FDCPA by falsely representing that they were a law firm and threatening litigation when they either did not have the right to pursue the debt or had no intention of actually filing suit.  To be clear, the FDCPA permits a debt collector to threaten litigation only if that debt collector has the right to sue and intends to sue; otherwise, it’s an illegal collection tactic.  The FTC further alleges that in some cases, these defendants used personal information about a consumer to try to convince that consumer they owed a debt that they did not owe.

The CFPB & New York Team Up

Included in Operation Corrupt Collector were two joint actions between the Consumer Financial Protection Bureau and New York’s attorney general.  Both these actions included similar themes of harassing and deceiving consumers into paying debt they did not owe.  One action, Consumer Financial Protection Bureau et al. v. Douglas MacKinnon et al., resulted in a stipulated final judgment of $60 million, a sum that includes paying consumers back for ill-gotten gains and civil fines.

The law enforcement agencies involved in Operation Corrupt Collector also focused on robocalling, where a caller uses a machine to automate outbound phone calls and call spoofing, which is the practice of making a phone number appear as if it is originating from a source other than the actual caller.  For example in the State of Arizona v. Mark Anthony Smith and Deborah Ann Butler d/b/a CMS Financial Group, et al., the Arizona Attorney General alleges the defendants engaged in illegal debt collection practices by making it appear as if they were calling from courthouses, sheriff’s offices, jails, and other official offices.  If the defendants made contact with a consumer, they several illegal collection practices such as threatening to garnish wages, seizing the consumer’s property, and even having them arrested.  New York made similar allegations in State of New York v. Kenneth Thomas et al.

Failure to Maintain a Collection License

Connecticut officials used a somewhat novel legal theory in In re Samantha S. Flores d/b/a Premier Legal and Financial Services.  In this case, the alleged illegal collection tactics included not only misrepresenting legal threats but also failing to maintain a license to collect debt in the State of Connecticut.  The defendant appears to be located in California, which currently has no debt collection licensing requirements (but soon will).  Likewise, Massachusetts officials filed four similar actions in the past ten months, each alleging defendants failed to obtain licenses to collect debt in that state.  Interestingly, two of these defendants were in-state and two were out-of-state.  North Carolina similarly charged two entities with failing to maintain a license.

The United States Department of Justice also entered the fray in Operation Corrupt Collector.  In mid-to-late 2019, the DOJ brought three criminal complaints against South American call centers that preyed on Spanish-speaking Americans by using illegal collection tactics like impersonating government officials and threatening actions these defendants had no right to bring.  These three cases resulted in indictments and guilty pleas by seven Peruvian nationals for crimes such as criminal conspiracy and wire fraud.

The FTC indicates that consumer complaints were a key instigator of these illegal collection tactic investigations.  Their press release states they’ve received over 85,000 debt collection tactic complaints so far in 2020, and the trend does not appear to be diminishing.  These agencies have even neatly summarized this information in a single convenient source.

Financial institutions and other creditors that use third-party debt collectors would be wise to systemically track consumer complaints from inception through resolution.  Additionally, creditors should have processes and procedures to monitor licensing requirements.  Perhaps most importantly, creditors should have a method for obtaining insight into how their external debt collectors interact with their consumers, and preferably one that continually provides detailed insights, rather than cursory low-confidence annual audits.

This article is not intended to be legal advice for your specific situation and you should seek counsel before pursuing any particular course of action.  All litigants mentioned in this article are presumed innocent and all actions are alleged until a final determination is made by a court of law. 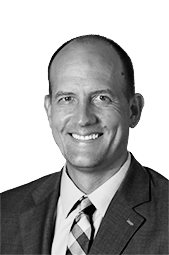 Talk with an expert